With ADHD, there are almost always additional issues (co-morbidities) going on as well. Many children and adults who have ADHD also deal with anxiety. In children, anxiety often shows itself as reactivity as their frustration tolerance is low due to an over-aroused central nervous system (CNS). 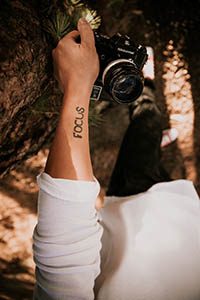 When the central nervous system is in an over-aroused state, the part of the brain called the amygdala is in charge, meaning that the person responds to everyday events through the flight, flight, freeze response. The frontal cortex of the brain (the thinking brain where we can problem solve) is literally offline when the amygdala is in charge so children or adults are unable to “think” their way out of a situation as they are reacting from a life or death response mechanism.

Donald’s parents reported that he was less bothered by noise which meant that a chair rocking or pencil tapping in the classroom no longer upset him and he was able to participate more in class activities. The family could play board games without the pieces flying across the room when the game wasn’t going well and could go to the movie theatre for the first time. The time he needed to calm down from upsets decreased and he was then more able to talk about problems and come up with some possible solutions for the future.

Many parents say my child is “happier”.